We arrived at the city of Medan after a 5 hours journey from Parapat. The first majestic sight that greeted us is the Great Mosque.

We proceeded for dinner, where we have a choice of steamboat.

Thereafter, we checked in to our hotel - Swiss Bel Inn. This is a very new hotel which was completed in 2009.

Just next to the hotel is the popular food street of Medan.

The next morning was free and easy for us. So we decide to take a local ride from the hotel to the Tjong A Fie mansion which is 10mins away. The 1-hour car rental (with driver) cost us 60k rupiah. Entrance to the mansion is 30k per person.

The mansion is rich in Peranakan culture and Tjong A Fie is said to be the wealthiest businessman in Medan. He has very close ties to the Dutch authorities.

There is a courtyard.

The dining area is located at the back of the house.

Here is the master bedroom. It is very large.

And some memories of the past with the Straits Times.

Visitors are lead to this room (called the Muslim Room).

At the second floor is the ballroom.

The house is still partially occupied, which is directly opposite as seen in the photo below.

The Tip Top Restaurant below has quite a history. So we also decided to check it out.

The tea were so-so. I guess people come here for the ambiance.

We met our tour guide, Hendric at 12pm and went to the Maimoon Palace.

Here is the palace grounds.

And the majestic throne where the royalty sit. The palace is partially open to visitors as the remaining compounds are still occupied.

It definitely live up to the name of being the best spa. All charges can be found on the internet. This is one of the best I have been to.

Next, we took a cab to the Sun Plaza where we have around 2 hours for lunch and shopping.

We ordered the durian cake again. It is yummy.

This is a large shopping mall. We were not able to cover everything in 1-hour. (Notice there is a train for kids to sit on below).

On the last day - 5th December, the workers in Medan went on strike and block off several of the roads. Luckily, we were able to reach the airport safely.

I also noticed that the favorite snacks is the Sweet and Sour Lays Potato Chips and BBQ Flavored local brand.

Many of the locals also thought that LG is a Japanese brand as seen below. 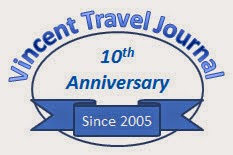